Who is the Chinese Dream putting to sleep?

“Exile, tattered heart all scattered away, you’ll simmer in seething flame here, your life like finespun thread, in road a trace of string travelled away.” - Meng Chiao
By: Emma Hartley / 19 February 2018

In China an insatiable hunger emerges. Crawling out from the other side of the Cultural Revolution, and the famine marking the end of the Great Leap Forward, a billion mouths now know of the greener grass of the other side – and they’re finding it sweet. China has now become one of the biggest consumers of the world and the Chinese government must keep up supply with demand. Over 500 million people have moved from rural China into bursting metropolises to reap better incomes than what any crops could offer. This assertively modern China no longer belongs to the Communism of Mao Zedong but neither does it belong to the people.

President Xi Jinping projects the rhetoric of the Chinese government and all its confidence. In 2013, Xi announced his grand “Chinese dream” envisioned for the nation. At its essence, this reverie is the realisation of a modern China with a highly developed economy and high standard of living for all its citizens. It also entails a celebration of Chinese culture – in a global context of cultural Americanisation – and a low-pollutant environment. The Chinese dream will require a huge communal input, but the promise is that one day all will be able to benefit. One promise of note was the amendments to be made to the hukou system. The system has been around since the 1950s and is used to designate residential status to Chinese citizens – either rural or urban classifications. Those with urban status have better access to housing, education and healthcare services. However, those who migrate from the farms to the cities receive no such benefits due to their rural status.  The inequity between the two streams of residents has been producing friction at a rate on par with Chinese urbanisation. In 2013, the Chinese Dream bulged with potential. Yet five years later, many rural migrants are still counting sheep.

Rural migrants have never been spun into the pristine white sheets of Xi’s perfect China. Chinese artist, Li Xiaofei depicts the mundane lives of factory workers fed into the big cities in a series of interviews. He intentionally juxtaposes man and machine to portray how China considers these individuals as no more than cogs in the growing economy. While Xi has been slowly rolling out hukou reform  (28.9 million new urban residency permits were granted in 2016) the Chinese government has also been rolling out crackdowns on rural migrants, forcing them out of city dwellings. The government used a lethal fire in a migrant-dense region in November 2017 as pretext for the mass evacuations, identifying additional migrant areas as unsafe for residents. Referred to as “low-end” even in official documents, migrant workers believe that the drive aims to remove the poor to make room for gentrified real estate and ro pursue the Chinese government’s goal of reducing Beijing’s population to 23 million by 2020. Regardless of motivation, the move could well-be a shot in the foot for the mega-city, as a migrant worker explained to the New York Times, “How can Beijing get by without migrant workers? We do every job that the locals won’t do.” Although the residents receive a day’s notice at best, this discrimination has been by no means immediate. Rural migrants have never been welcomed. Similar to any type of migrant workers anywhere in the world, rural migrant workers are often portrayed negatively by the media. They are blamed for increased crime rates and perceived as competition for redundant urban-registered residents. Since the end of 2017, the roads have been filled with strings of rural migrants forced to travel away.

Rural migrant workers are not the only ones that Xi and his government would wish to see exiled from their ideal image of China. The Chinese government continues to have friction with its minority ethnic groups, especially the Uyghurs and Tibetans who dominate the autonomous regions of Xinjiang and Tibet. Uyghurs have been at the margins of China – both politically and geographically – for the past century, when the Uyghur inhabited region of Xinjiang became part of the Qing dynasty. 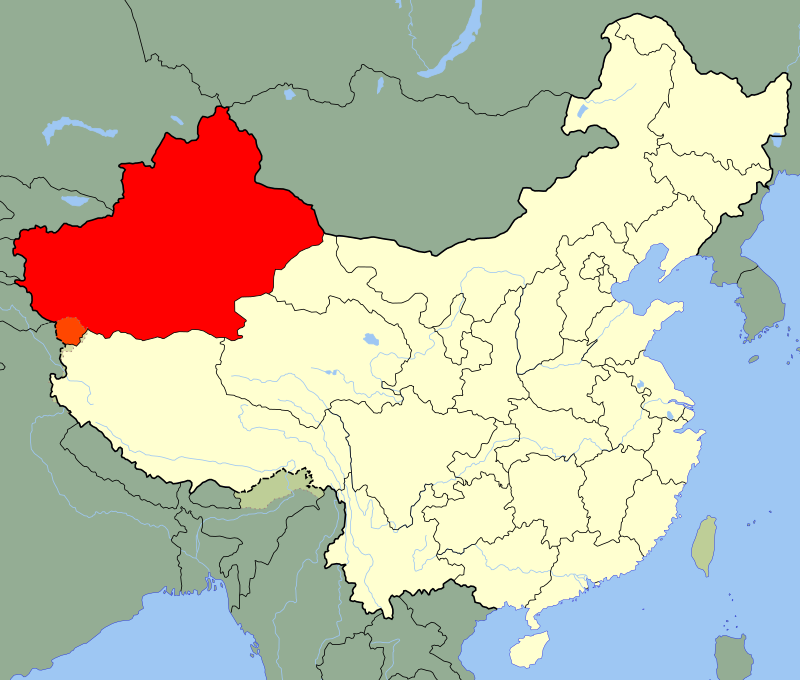 Since the Uyghurs are relative latecomers to the geographical identity of China, they have always remained an outlier and have been regarded warily by the majority Han population and government. The main point of difference between Uyghur and Han is religion: Islam is ingrained in Uyghur culture and identity. Consequently, they have become targets of the Chinese government’s attempts to eradicate religious extremism. Violent outbursts from Uyghurs in 2013 were most likely motivated by labour market inequalities between Uyghurs and Han living in Xinjiang. Nevertheless, the hard-line response from the Chinese government was framed within the context of religious extremism and links with the Syrian conflict (which were never proven).

During recent years, Uyghurs and other Muslim minority groups in Xinjiang have been treated with a gloves-on approach with increased surveillance and restricted freedoms. The so-called “autonomous” region has become a security state. Patrols are regular on Xinjiang streets and approximately 6 billion yuan (USD 938 million) was spent on public security in 2014, marking an increase of 24 percent over the 2013 expenditure. The Chinese government has been harshly scrutinised over its use of DNA collection and re-education camps. It is therefore clearly evident that the individual Uyghur is not allowed access to Xi’s great “Chinese Dream”. Softer policies include a government scheme providing financial incentives to couples who pursue inter-ethnic Han-Uyghur or Han-Mongolian marriages. This encouraged integration certainly fits well into what Xi dreams for China: an ethno-cultural unity where all frictions are dissolved. More now than ever, as China is pushed further and further in to the global spotlight, does Xi find the need to achieve this national harmony.

In 2008, Tibetans flashed across screens around the world as protesters conspicuously interrupted the start of the Olympic torch journey in Greece. The activists were protesting the suppression of riots in the Tibet Autonomous Region by the Chinese government which had quickly turned deadly. By this stage, figures for the death toll were given between 22 and 99 for the Tibetan side. The movement in Tibet had originated as silent protest against living conditions and discrimination. However, violence erupted in response to police clearing the streets of the peaceful campaigners as well as ethnic hatred against Han and Hui Chinese. Neither side walked away unscathed and Tibet has been in quasi-lockdown ever since. The Chinese dream policy has done nothing to prevent the implementation of “grid management” – a surveillance system designed to control unrest and protest under the guise of providing great accessibility to public services.  The system divides communities into small units – sometimes only five or ten households – for efficient information gathering and sharing, not just executed by government authorities but also citizens who are members of China’s Communist Party. “Special groups” are particularly prioritised – these including those who participated in the worst of the 2008 riots and those who returned from exile in India – making it clear that these units are foremost for security and prevention.

Furthermore, the Chinese government is applying itself to the region with a magnifying glass, taking over the micromanagement of Tibetan Buddhist monasteries. The monasteries have come under the grid management system of security and therefore are subject to the same surveillance teams. These squads are neither subtle nor submissive. Larung Gar monastery in Sichuan province was subject to eight months of expulsions and demolitions in 2017. The management of the monastery, previously headed by senior monks and nuns, became dominated by government officials. This is not a new campaign. Human Rights Watch (HRW) underscores that these takeovers have been occurring in the Tibet Autonomous Region since October 2011. Certainly, there was no innocence on either side of the 2008 skirmish that marked the beginning of this heightened surveillance. However, by hermitically sealing Tibet from all foreign eyes, the Chinese government made its stance against the minority resolutely clear.

The biggest threat to Xi’s Chinese dream policy is a combination of public dissidence and international scrutiny. Throughout the Beijing Olympic Games, the international media were feeding like flies onto meat. Not only were the clampdowns on Tibet and Xinjiang a juicy piece of news but the Chinese government’s heightened censorship produced news stories of its own. Ten years later, nothing has changed. China has found itself on the world stage, not because of the Olympics this time but because of its rising political and economic status. As a result, journalists – whether they be a Chinese netizen, Chinese artist, whistle-blower, a human-rights organisation, or international press – are just as worrisome to the government as any Tibetan protestor.

China is full of tattered hearts. These are the exiles who are not woven into Xi’s dream-cloth spun for his ideal China. Of acute relevance is Liao Yiwu’s collection of oral histories: The Corpse Walker. The book was published some time before Xi came into office but the tales of individuals, ghosts within their own homeland, still ring true. A migrant worker’s remarks to Liao remain pertinent today:

“I’m already a homeless person, and I don’t possess any superhero qualities. Sir, are you a reporter? Superman was a reporter. China needs selfless supermen at the moment.”