Los Angeles based duo Bryan Sammis and Jake Lopez, La Bouquet, recently released their debut EP Heavy Sunshine. The longtime friends met in high school, and decided they wanted to make music together. After a few writing sessions La Bouquet was born. We had a chat with Bryan about the new EP, reflecting on past experiences and overcoming failures.

First off, thanks so much for taking the time out to chat. How would you describe La Bouquet in 3 emojis?

Well the first and third emoji have got to be the two rose emojis. For the middle emoji I would do a spider.

You’ve had quite the journey so far. From The Neighbourhood to your solo-project Olivver The Kid. Would you say you’re finally content with where you at as an artist?

What’s the biggest difference between La Bouquet and any past projects you’ve both been part of?

Everything. The talent level and trust is miles beyond anything I’ve experienced before. The heart and emotional tenacity in which we tackle these songs is truly cathartic and unlike anything I’ve ever experienced.

You previously mentioned wanting “every note to evoke some sort of emotion”, so how important is it for you to incorporate your personally experiences into your songwriting?

It’s not only important, it’s paramount. I think that’s what makes me who I am, and what makes us who we are. I’ve always (personally) put lyrics and the emotion of the song first. It’s brutal honesty and it’s putting intentional thought into every note, lyric, syllable, inflection, bend, etc. We are very consciously not trying to be anyone else. We want to be 110% raw us and I think you can hear that in the songs.

What aspect of songwriting has the most importance? Do you feel like lyrics outweighs the production or do they go hand in hand.

They definitely go hand in hand. I mentioned above how I put lyrics and the emotion first, and that is true, but that (to me) lays the foundation that the rest of the song can be built upon. If your lyrics are meaningless the rest will (usually) fall apart around it. We spent a lot of time with this record. I had a hand in producing this record (EP&LP) and sat with it along every step of the way. So we definitely care and are conscious about the production and song-writing. Luckily, Jake is one of the most innovative musicians out there so he really puts his essence into the notes with which I end up singing on top of. It’s a real raw blend.

The track “Loser Baby” was originally part of Olivver The Kid but was never officially released. Why did you choose to release it under La Bouquet instead?

The real and boring answer is that it was just never done. Mostly because the bridge changed like 4 times and the lyrics in the verses used to be garbage. We worked on it for so long that it just never ended up making that eventual OTK cut-off date, so we put it on the La Bouquet album. I think it’s a blessing in disguise. That song and “Loveless” really helped lay the sonic foundation that our band was built upon.

You sing “If I look back too hard, Pinpoint where I went wrong”, do you find yourself back on past experiences and maybe wishing you didn’t go down a certain path ?

Definitely not artistically. But in my personal life, or anyone’s personal life, i think it is easy to look back and harshly critique all of your previous actions. “Hindsight is 20/20”, or so they say. I think in the context of that song I am more talking about the choices I made in my personal life that took me to a place where I didn’t like who I was pre-23. Also, knowing at that same time that I pulled myself out of it, it’s kind of a hopeful story for anyone who feels like they’ve lost the plot and can’t find their way back. It’s definitely doable.

I feel like these are songs you can dance to but at the same time cry. Was that how you always wanted your music to be portrayed since the beginning?

Not necessarily. I’m not a big believer in definitives. I don’t like putting a box around anything. I don’t think we necessarily went in with the intent motive to create dancey songs that were dark, but rather I think we found it in a real organic way. I was going through a lot of shit at the time and my lyrics have always been my therapy and my cathartic muse. Then it was just me and Jake being best buds making an album together so we had a lot of ideas and a lot of energy within us waiting to come out. I think our EP and subsequent LP are both definite reflections of that.

With the release of “Heavy Sunshine”, is the EP a definite reflection of the band’s overall sound and identity or is this something you’re always looking to refine ?

We’ll always evolve and try new things and do whatever we want, but we also aren’t 18 years-old anymore. We have definitely found our styles and found our respective voices within music. So, I think even though we will not box ourselves in, there will always be an inherent element of who we are reflected in the songs – which i think you can hear over Heavy Sunshine & our forthcoming LP.

The EP is quite reflective of the pain that comes with a relationship ending. Can you talk us through your songwriting and collaborative process?

About half of our EP and LP were done when i got broken up with by a girl i was planning on marrying. So I came back from New York and had to get into the studio and write about it to keep me from just sitting at home lamenting. That’s where “Kiss Me, Kill Me” and “Loveless” came from. Then we have songs like “Loser Baby” and “The Puddle” which are about totally different experiences and emotions. I think I just try to keep the songwriting as honest and fresh as possible. In most cases i like to follow “first thought = best thought” when writing songs.

Jake is constantly writing amazing riffs and sending them to me so when we get into the studio it’s more about “which of these 20 AMAZING ideas do we use and which subsequent 19 do we have to reluctantly put aside for now”. We’ve known each other for so long that we really trust each other and our fans of each other’s respective musicianship. So when it comes to collaborating sometimes we write together, sometimes alone, sometimes all at once and sometimes over years but the end result will always be something both of us can be proud of.

With the growing trend of #relationshipgoals over social media, do you feel like we’ve got this warped sense of love and have set up unrealistic expectations?

I think it’s more than a warped sense of love. We all have a different definition of what love is. That is both a beautiful thing and a dangerous thing. On one hand it’s beautiful because all of us find love in different ways but it’s dangerous because we all expect everyone else to have the same definition of love that we do. We expect the same love we give in return. I don’t think love is this quantifiable thing. It’s elastic. It’s water. You can’t really hold it in your hands, but you can find it in your own way. Or one day it can find you. Love may be a specific feeling to you but it might be a slightly different feeling to me.

As for social media playing a role, I think it definitely has played a role for better or worse in almost everything, but I think rather than fighting the future it’s best to embrace and adapt. Obviously I think there is a stronger bond when you meet someone randomly at a park or a bar pre-smart phones or something rather than meeting someone on the internet. That’s my own personal opinion and I know it’s not reflective of the status quo. There is no right or wrong when it comes to relationships or love there is only preference. Regarding #relationshipgoals, I think it’s cute and funny. I think the only real harm that can come from that is if you’re looking for something that already exists or never existed in the first place, but you are projecting. But i mean…follow your bliss.

I think time is the greatest cure. As someone who deals with chronic anxiety and clinical depression I constantly feel like I am not adequate, but I write about it and take active steps to get better. I have my catharsis. I have my therapy. Whereas I know there are some people out there who don’t yet. So if I can help someone through something or give them an escape or even just please their ears for 3 minutes and thirty seconds then I feel like I’m doing something.

Lastly, what are you top 4 goals going heading into 2018?

1. Do this forever.
2. Never compromise our artistic integrity and remain inspired.
3. Continue to create something beautifully original.
4. Reach a trillion more peoples ears.

You can now buy/stream Heavy Sunshine 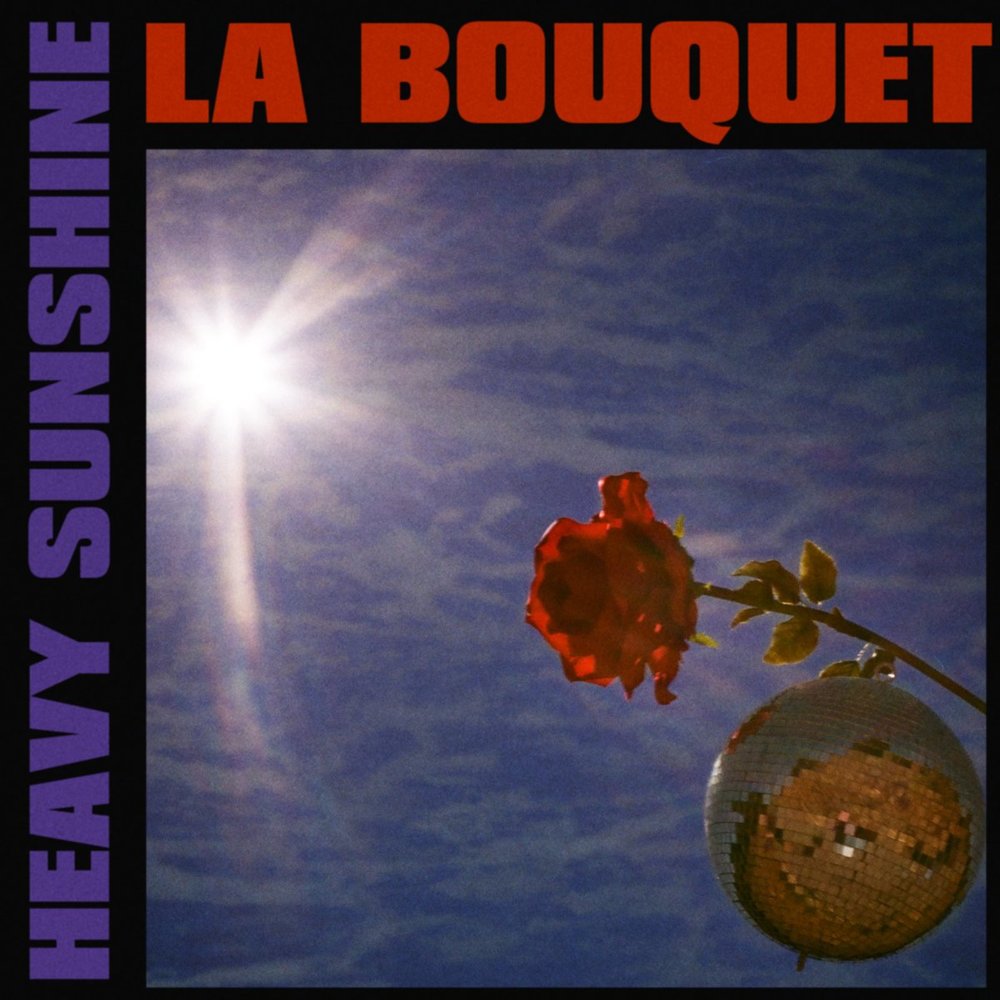