POND release new single and video for ‘Fire in the Water’

The song has been added as a bonus track to digital copies of their 2017 album ‘The Weather’.
By: Matthew Forbes / 12 January 2018

In the lead-up to their triumphant homecoming to Australia to perform at St Jerome’s Laneway Festival, Perth psych-rockers POND have returned with the single ‘Fire in the Water’. The track is featured on the deluxe digital edition of their critically acclaimed 2017 album ‘The Weather’, and is accompanied with a video directed by acclaimed visual artist Kristofski.

The track is a lively continuation of the upbeat psychedelic pop the band delivered on their recent record. However, the first of the two distinct sounds the song shifts between features some more organic instrumentation, with the sunny acoustic guitar and organ chords that define this section akin to the bright and playful pop music of The Flaming Lips. Despite this, Nick Allbrook’s vocoder-laced singing gives the song the healthy dose of quirky electronics we’ve come to expect from POND (and, of course, producer Kevin Parker). The second of the two sounds featured in this song showcases the more synth-driven side of the psych-pop genre, with echoed, reverb-laced synth leads and chords floating atop the continuing guitar, organ and drums.

The video, which was shot in Tokyo, is similar in its dichotomy, with shots of a sunlit koi POND (get it?) being interlaced with various images of urban Tokyo and Allbrook’s infectious dance moves. The vintage flair of the track is accentuated through its grainy presentation and various flashes of colourful symbols and characters of the Japanese writing system.

2017 was very much a year spent abroad for the boys of POND, having sold out shows in London, Canada, Europe, North America and Asia, and performed at notable festivals such as Coachella, Reading & Leeds and Primavera Sound. These shows, along with the high praise ‘The Weather’ received, have highlighted the five-piece one of Australia’s most exciting musical exports.

POND are returning to North America after Laneway for a 14 date headline tour, as well as sets at Boston Calling, Bonnaroo and The Governors Ball. See all the dates here.

Watch the video for ‘Fire in the Water’ below…

‘The Weather’ by POND is out now. 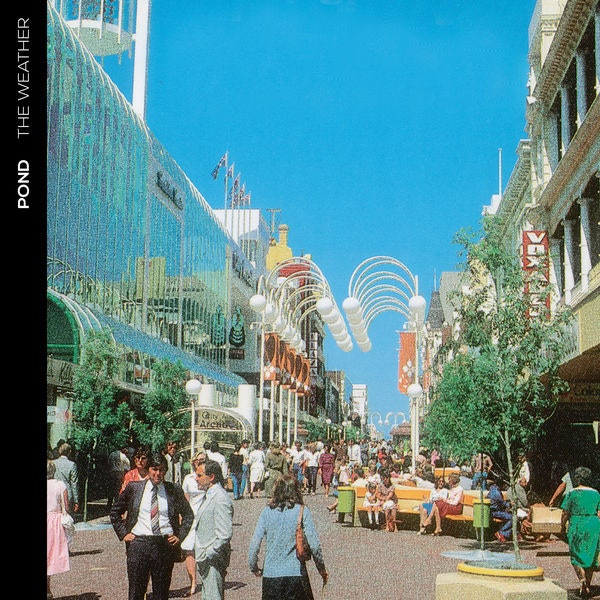