Hailing from Tel Aviv, Israel, Electropop singer-songwriter and producer Neta Elias has been making a name for herself in the music scene under the alias TESHA. From gigging at SXSW Festival last year to getting coverage from Nylon Magazine, it is pretty clear that we will be hearing of TESHA more and more.

Neta Elias grew up playing her mother’s living room piano and after the tragic loss of both her parents, she decided to dedicate herself to music, and she has most definitely stuck to her word.

The recent release of her first EP ‘Dream Vol.1’ via iTunes marks the official debut of TESHA. Through hours of self-taught vocals and experimentation with synth production, she has transcribed the visuals of her dreams into this EP, which has been described as “a place where form, rawness, vulnerability and unconditional love ran free”. 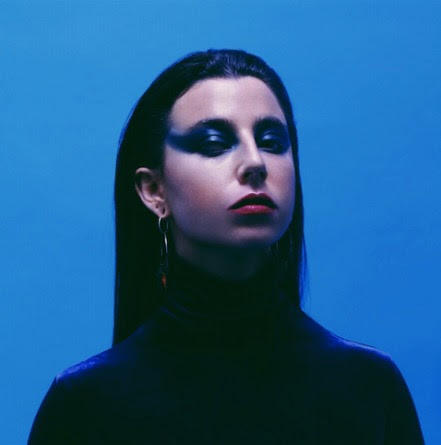 ‘Dreams Vol. 1’ as a whole introduces a floating, shadowy and unique new sound, with an orchestration made of foreign objects, carefully layered flowing instrumentals and her own enchantingly charming voice. The style of the songs throughout this EP seem to draw inspiration from the likes of artists such as Kate Bush, Laurie Anderson, and even music from the classical era.

“Dreams formed with no clear structure, but to deliver a sense of realisation, mixing multiple metaphors and experiences I’ve had within my dreams. For me, it represents the moments when letting go of pain through the understanding of surrounding magic and creation. Within the dream, I found peace and truth.” – TESHA

The EP was produced by Neta Elias herself, with the help of co-producer Noam Helfer who has the reputation of previously assisting Roi Avital of Garden City Movement in the mixing of tracks.

“As the Eurythmics song goes, “Sweet dreams are made of this”, TESHA’s new EP is exactly what Annie meant. All I know, this is the true sound of dreams. I love to listen to TESHA’s voice as I relax, and I have to admit: the sound of ‘Dreams’ is often the backdrop to my perfect dreams.” – AUDIOFUZZ

The EP begins with ‘Clever Moments’, which ended up being my favourite track. The vulnerability of the introduction with just a single piano and click was the perfect way to begin the journey of ‘Dreams Vol.1’. As soon as Neta Elias came through with her sweet vocals it gave me tingles and left me speechless. As the music transforms from the piano and click into a whole accumulation of sounds, it feels to me like falling into dreamland – almost like falling down the rabbit hole in Alice In Wonderland, the swirling pan of the vocals adds to this feeling. Towards the end of the song, the accumulation of sounds drift away and the song ends with the single piano, forming a musical mountain.

The title track ‘Dreams’ effectively transports listeners into a whole new ethereal world created by the music and lyrics of Neta Elias. The song begins with a strong bass drum that immediately pulls you in to listen. Every aspect of this song is produced extremely well with so many different sounds coming in and finding their place. Lyrical lines throughout the song such as “I free myself from the pain of yesterday” and “I’m reinventing the piece of my story” made me feel so hopeful and uplifted. In fact, all the lyrics throughout this song were incredibly wise and told the story in such a magical way and the husky tone of the vocals feeds into the theme of being in a dream.

‘So Alive’ is the most upbeat song on the EP, beginning with bubbly notes and synth sounds. The interesting and unique vocal effects help the simple melody to stand out in the best way possible. Lyrics such as “when you’re next to me, even in my dreams, I am flying” and the sentimental soundscape make this song the perfect love song in my eyes. I can imagine twirling happily around a room with someone to this song – with no shoes on of course.

The EP ends with the instrumental song ‘To Be Continued…’. Even with the song being instrumental, it found the ability to tell me as the listener “this is only the beginning”. The piece reminded me of many impressionist works such as Debussy. Through a magnitude of different interesting sounds, the piece took me back through the world that this EP had just given me and dropped me at a station in which I now patiently wait to be taken to Vol.2.

Listen to ‘Dreams Vol.1’ via iTunes, Spotify or Sound Cloud.